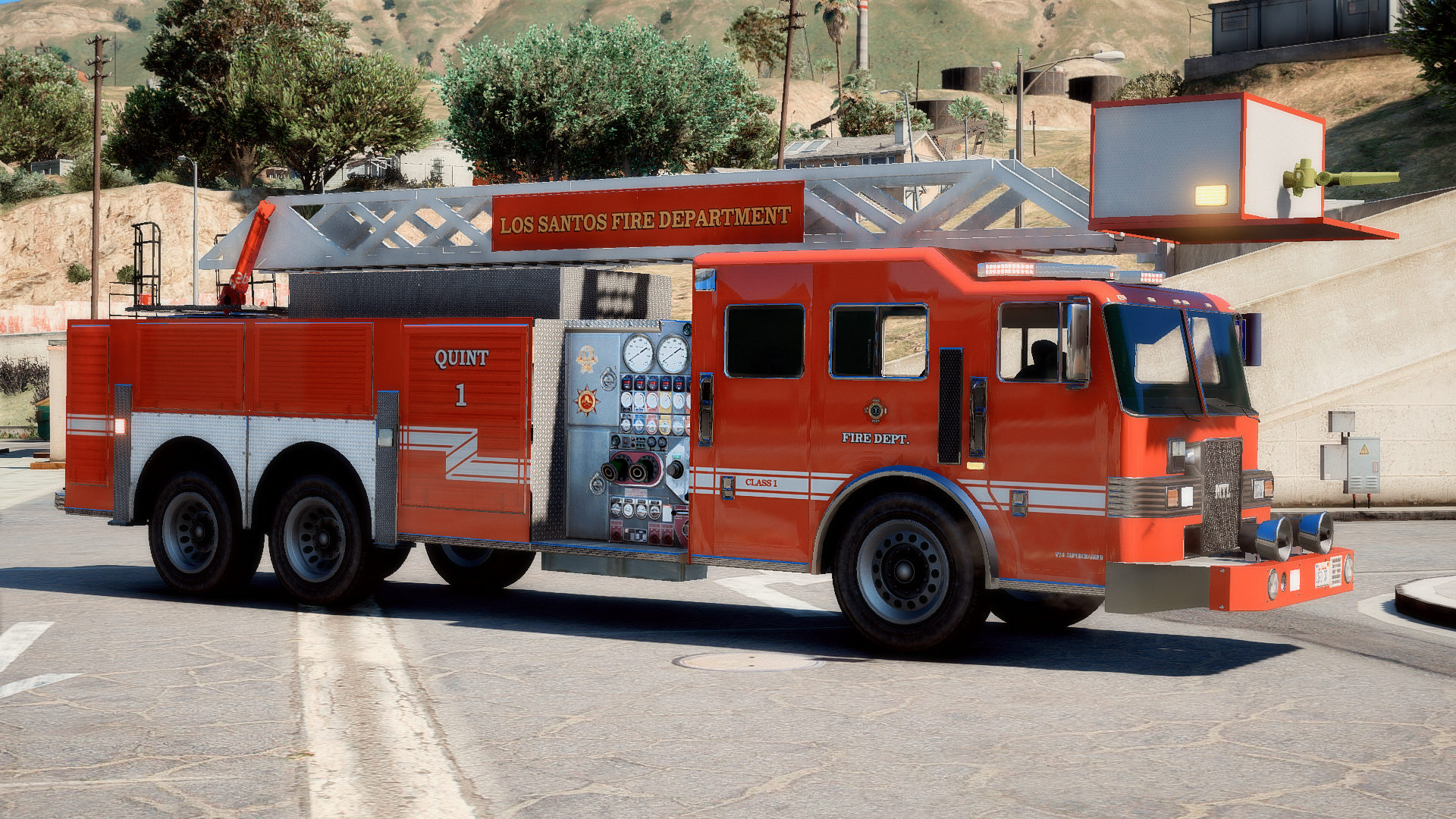 In this reintroduction of 'Fleet Monthly' we have turned the spotlight around towards our 2016 MTL Quint Truck.

The departments 2016 MTL Quint Truck were brought into the fleet back in 2018. The department houses two 2016 MTL Quint Trucks, one being stationed in El Burro Heights, Station Seven and Rockford, Station 2. These apparatuses are fitted with an 8 mile to the gallon (diesel) inline turbocharged Cummins engine sporting 550 horsepower, 500 US Gallon Tank Capacity with a Flow Capacity of 1,500 Gallons Per Minute (GPM)

The departments 2016 MTL Quint Truck are fitted with five seats in total with the front two being the AO - Apparatus Operator (driver) and the CO - Company Officer (in-charge of the company), the three back seats of the apparatus are fitted to face forward towards the way of travel after receiving feedback from employees stating they get a better understanding of the structure/call when they can see it head-on.

Our Quintuple Combination Pump is fitted with an MLT Ultimate Configuration Pump Panel for the easiest and the most efficient ways for our Engineers to control the output and input of their hoses. The panel is sorted so the lines go from front to back making it easier for our Engineers to know which lines are which, these lines currently go from our trash line (booster line) to the 2½" hose line followed by our 3 coloured crosslays (Black, Red and Yellow) followed by the Quints Tower Line.

The 2016 MTL Quint Truck is used for physical rescues such as someone entrapped inside their vehicle following an MVA - Motor Vehicle Accident, in which case our crews would utilize a wide variety of equipment such as the Hydraulic powered Spreaders and Cutters which are used to pry open a door that's jammed in shut after the crash. If the patient's legs are trapped under the dashboard of the vehicle we'd use our Hydraulic RAM. If someone were to be trapped under some sort of machinery or structure our Quint unit would work alongside USAR to rescue the victim, in most cases the rigs 3-17-32 Ton Airbags are used alongside cribbing (blocks of wood) to ensure the thing that's trapped on the victim doesn't crash back down while the airbags expand.