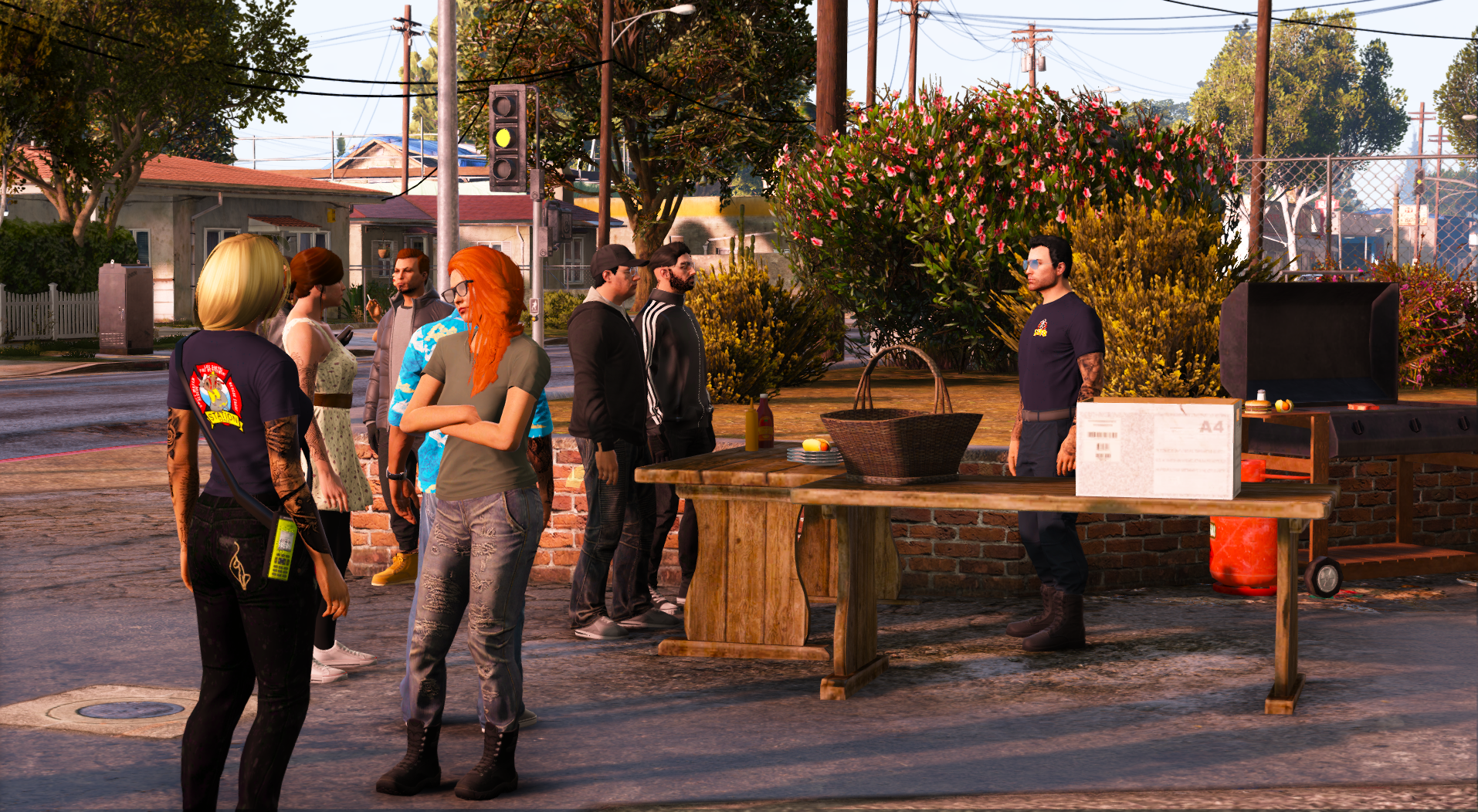 On May 3rd, the Paleto Bay community was shaken by the loss of a community landmark, the St Brigids community church. For many, including the Firefighters of Paleto Bay, St Brigid's stands as a beacon of hope for the community of the small ocean side town. The Los Santos Fire Department has always stood with the communities of the City of Los Santos and Los Santos County and now more than ever, we felt the pain the local community of Paleto did.

Having previously taken part in a Church Fundraiser last year to assist the Los Santos Fire Department, Assistant Chief Nicole Schneider as well as Firefighters assigned to Station One as well as further afield came together at Station One to show community, to show they stand with the Paleto Bay community at this time of difficulty. The Los Santos Fire Department's fundraising attempt came to fruition in the form of a community barbeque, organised by the Assistant Chief along with Public Relations. People flocked to socialise, enjoy the food on offer and give what they could to charity.

"As a department, we've always stood firm in our stance to stand together with the Los Santos Community. This also goes for the other communities situated outside of borders of the city, in Los Santos County where we are proud to also serve as their Fire Department. In the past, the community has stood with us through difficulties. So we're honoured to be able to stand with them through this tragic incident and our thoughts and prayers go out to the Paleto community at this time of grieving and of rebuilding. We will stand with Paleto and hold firm in our beliefs of serving with Courage, Integrity and Pride." Said Public Information Officer Alex Jorgensen in a statement to media at the event.

Through peoples generosity as well as local businesses and the department itself at the event that took place at Station One on Saturday, the Los Santos Fire Department raised $220,000 which has been donated to the diocese who own the Church situated next door to Station One.
Los Santos County Lifeguard #49041
Public Relations / Flight Crew / Volunteer Firefighter
Currently on LOA till 20/06/2021
Top
Locked
1 post • Page 1 of 1