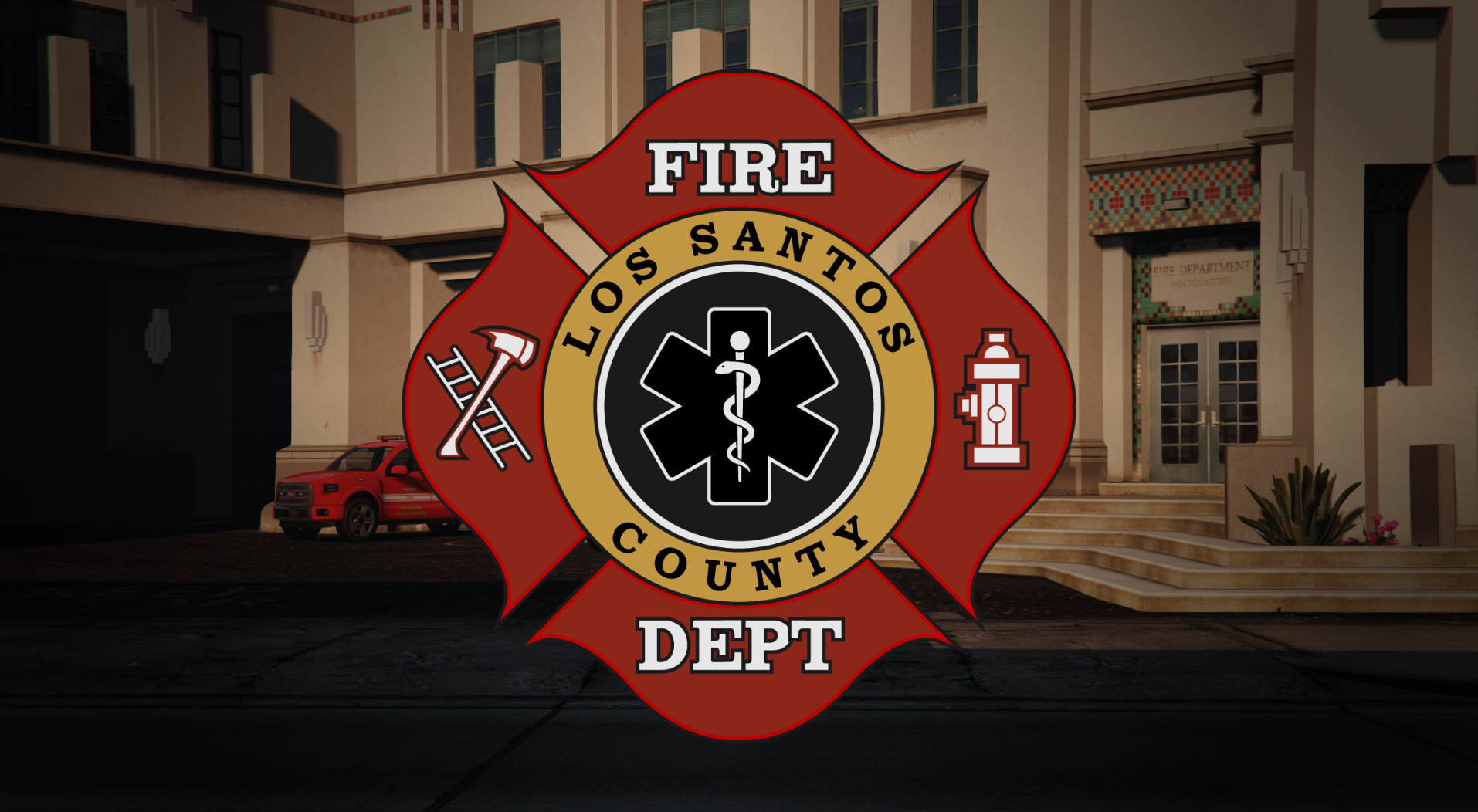 . FEATURED ARTICLES-
.
OPENING STATEMENT Welcome to the 38th edition of the Los Santos Fire Department Monthly Newsletter. Again with affirm feedback of the last month's changes to the newsletter, the Public Relations Division continues this month with but a few changes, a new section has been added under Featured Articles, more specifically, the "In Memoriam" section, where we will be revisiting the fallen firefighters and the good memories with them and thanking them for their service. We are also working for a "Meet the Firefighter" addition to next month's newsletter, however, the Public Relations Division isn't still fully committed to a few things in regards to that article and thus will be slowly be working on refining it for next month's newsletter.

The department has seen a significant change in terms of radio communication with the introduction of the Metropolitan Fire Communications, if you are still unfamiliar with Memorandum #63, the Public Relations Division highly suggests giving it a read as it's changed the standards of communication between departments and within the department and is critical for you to know it as communication is the key to success.

As predicted, we've seen a few wildfires throughout this month, there was nothing as serious, however there was quite a big and difficult one that happened in Sandy Shores, luckily, of course, nobody had been hurt and no property had been damaged thankfully due to the fast response by our Firefighters. We have also seen a few practice fires setup by wildlife training staff, which also kind-of counts as wildfires, which makes our predictions double the true. All jokes aside, the Fire Department will continue to monitor meteorological changes in terms to hopefully predict a wildfire if one should happen, however, as September rolls around and temperatures start to fall, the only risk we can expect is in early Q1 and Q2 September.

There had also been quite a hefty fire in the docks area, luckily, it was confined to a singular container, after an extensive investigation, it was revealed that the container had a lot of Methanol in it's container, the shipment was actually bound for Sweden from China, however, the container ship had to make a resting stop in San Andreas due to issues with it's engine. Thankfully, most of the container was actually made out of Stainless Steel and reportedly, during the duration of the fire, the inside of the container had reportedly reached just a tad bit over 1200 degrees Celsius. And had reportedly been burning for over 5 hours before it was originally noticed and the only reason it had been noticed was due to a watertight door malfunction, making the methanol leak from it's container and the fire spread around the container. The start of the fire had been caused due to rather negligent operating by the shipping company, in which one day prior to sending out the shipment, they re-painted the outside of the shipment and left a bunch of rags coaxed with paint sitting on the floor of the container, that plus the immense heat the black container seemed to have generated due to sitting on the sun so long, it caused the chain reaction to ignite the inside of the container. The port authority thanked us with all of their heart for the fast response and handling of the fire whilst the company from China sent us a rather questionable letter:

Firefighters, we apologize to women for the fire caused by the fire, and it is important that we change our heads and ensure it does not happen again.

Regardless, although a few close calls were involved with that fire, the fire was extinguished in quite a rapid manner and the Port Authority along with the Chinese Authority will be taking appropriate action against the shipping company.

The month of August was also full of some exciting events, we saw many of the racing events continue on into August with a re-introduction of a few rally events as well that we expect to see continuing on into September, speaking of expectations, it's highly likely that we'll see a continuation with racing events going into September as SASCAR, ASCOSA and a bunch of new racing organizations plan out their races. The Public Relations Division is going to also look into hopefully providing payments for participation during events, however that still has a long way to go.

Moving onto September, we're looking forward to seeing the heat die down as the thunderstorms and rain are slowly on it's way, so firefighters, get your raincoats ready, we can also expect to see a few last Wildfires throughout September, however, expect things to slowly die down in terms of Wildfires as we slowly transition from Summer to Winter.

During September, in planning is a larger event which is expected to be a mock drill exercise at an industrial factory with Aurum Energy including as many of our Engine Companies and other special companies, the Public Relations Division is also planning on having more public demonstrations with mass casualty events, rescues and fires as we go into September, so keep an eye on that if interested!

That concludes our monthly brief, September is predicted to be the rainy season, so we expect to slowly get out our raincoats and get ready for the temperatures to drop as the final heat waves stop. 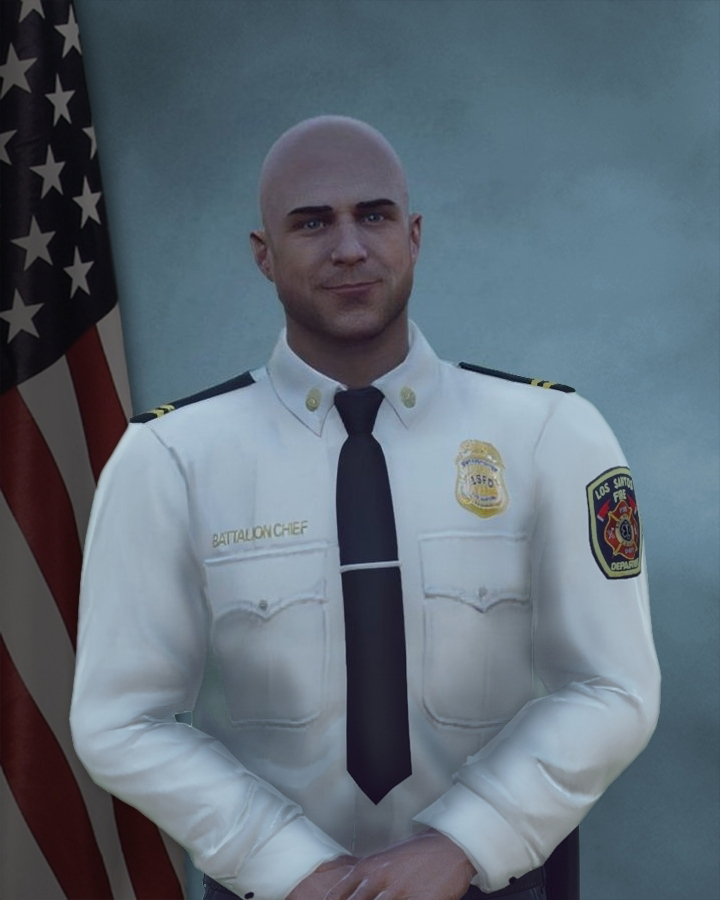 Today marks my first input into the newsletter as Battalion Chief, I’d like the first thing I mention to be the congratulations to all our employees and staff who have received hard earned promotions and awards this month. This marks another monumental effort from everybody which allows this department to continue to grow with such remarkable personnel.

August has brought us numerous changes within the department with four new Memorandums and more to soon follow. The biggest change that has come this month is the introduction of the Metropolitan Fire Communications, which brings an entire restructure to our dispatching protocols as well as the opening for potential civilian dispatchers. This has all come together thanks to the focused work of Captain II Jess Williams who took on the task and ran with it.

Over the coming weeks we look to introduce many new changes and new opportunities for staff, this also includes the opening of our Captain Training Program which we will be welcoming applicants from within the ranks to take on the task of becoming a Company Officer. This program is no walk in park and is set to challenge people who feel they have what it takes, I welcome you with open arms.

For my closing words, I would once again like to congratulate everyone for another successful month of hard dedicated work. Every day we face new and unexpected situations and it’s the efforts of you all that makes us the department we are, I hope to see this continue as time progresses. 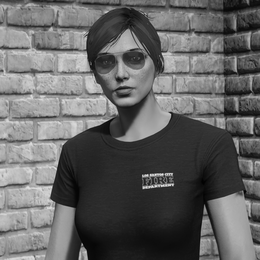 Firefighting may sometimes have dire consequences, one of those consequences is unfortunately, death in the line of duty. No matter who you are, no matter your personality, no matter the conflicts, no matter how well you were liked, you will always be seen as a hero. One of these heroes was seen as a true friend to many, their attitude always unique and nobody saw them as an enemy. Often joked as with the unique callsign "Ginger-2" due to their natural ginger hair and accused of allegedly stealing many souls whilst on duty, this firefighter was never like any other firefighter. Her presence often noticed at Station Seven and her smile and cheers always uplifting others from casual random conversations to being a respectful and good mentor, this firefighter was truly unique. Often also seen as someone that others can rely on, if in any state of doubt or in need of someone cheerful to talk to, this person was always there for them. Her smile will always be remembered, her jokes will always remain fresh to everyone. While many of us are left in tears, it only shows how much it meant to have the presence of this person around them. Without any type of hesitation, this hero ran into buildings putting their life aside for the safety of others, this is what it means to be hailed as a true hero, putting your personal fears aside, holding your life as second so that others can be saved, you will forever be remembered and your helmet will forever be preserved. For one final time, we wish you a peaceful rest.
- Badge Number 51471, Engineer / Paramedic Essie Beck, Status One for one last final time.

. DEPARTMENTAL UPDATES-
.
POLICY HIGHLIGHTS (( FACTION UPDATES )) MEMORANDUMS .
.
PROMOTIONS This month we recognize the following people for their advancement in the department, we offer our congratulations and wish them the best of luck in their newly assigned positions!

Support Services Support Services is happy to announce that with our recent reconstruction, update, and building change and that our recruitment is wide open and we are looking for talented Firefighters and EMTs to join our newly growing team. The Support Services division will be looking to fulfill new Mechanic and Technician positions in hopes to advance our division forward in a fast and concrete manner. - Engineer Lyla Avery

Public Relations Division The Public Relations Division has undergone lots of organizational changes within the last two months, most notably, after receiving much needed feedback in the terms of requesting events, a bunch of legally dubious and rightfully confusing claims by on the event request form, the entire process of requesting events has undergone a revamp. We have worked closely with the State Fire Marshals to create the most comforting system and event organizers will now legally be obligated to file for events with this newly created system.

As teased slightly in the newsletter, the Public Relations Division is looking into setting up more public fire department demonstrations, one plan we have in the works is a mock tunnel fire on the highway from Paleto Bay towards Sandy Shores, whilst the details are still very early on in the planning phase, our goal with this event is to hopefully provide more insight into the daily life of a firefighter and hopefully get more interest into a career within the Fire Department. - Admin III Elise Reyna

[+] A normal day at the Support Services garage - Lyla Avery

[+] A POV of the container fire - Ailani Kanoa

Congratulations to everyone! A great read with some amazing screenshots to accompany it.

Big ups to everyone!
Onwards to another splendid month. Congratulations everyone. A big thank you to PR for another lovely newsletter. 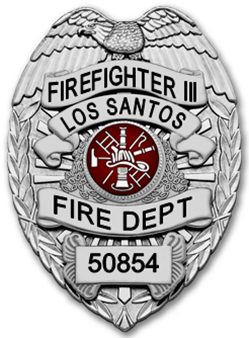