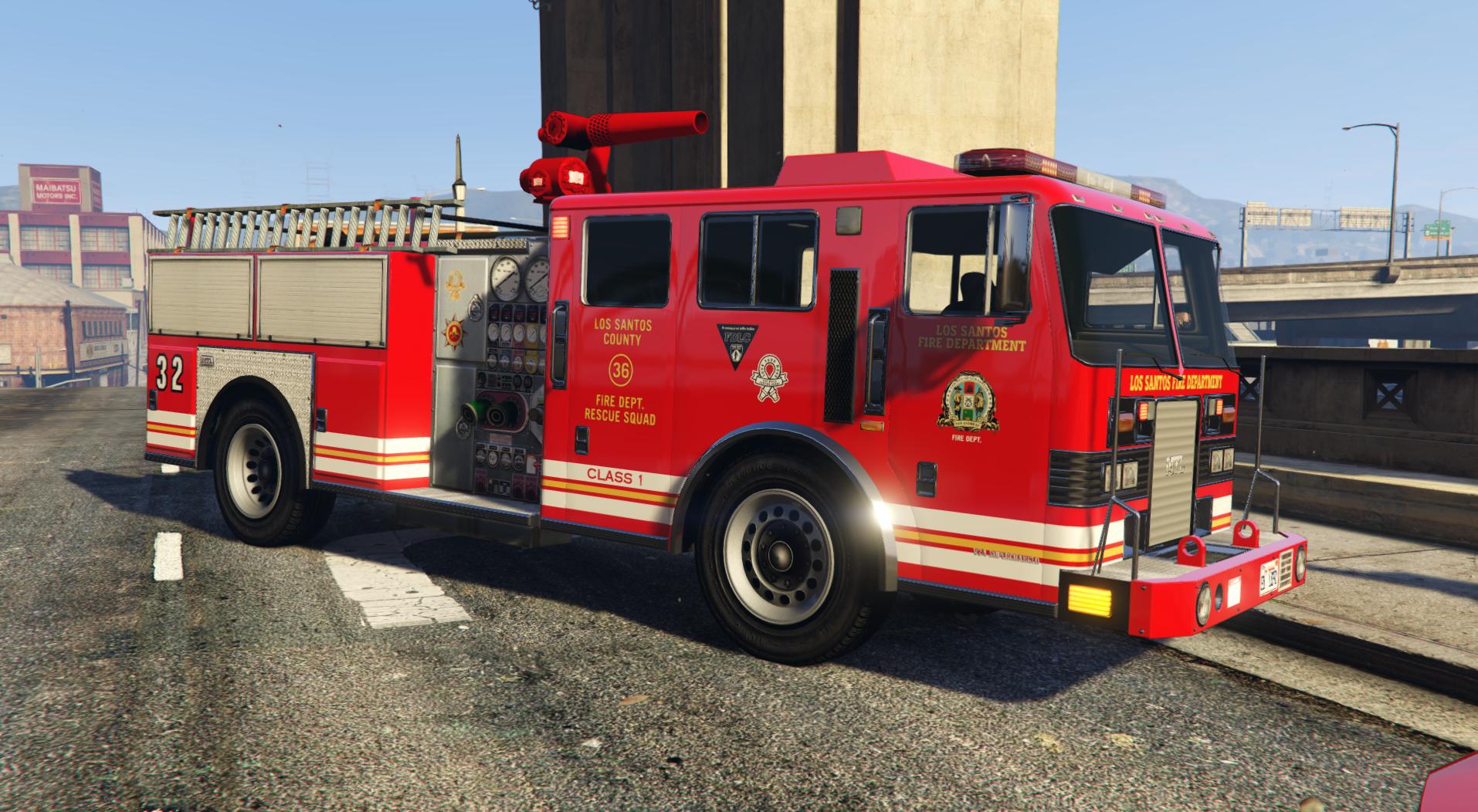 Hello and welcome to our twenty-second newsletter!

Here's to even further expansion during May! 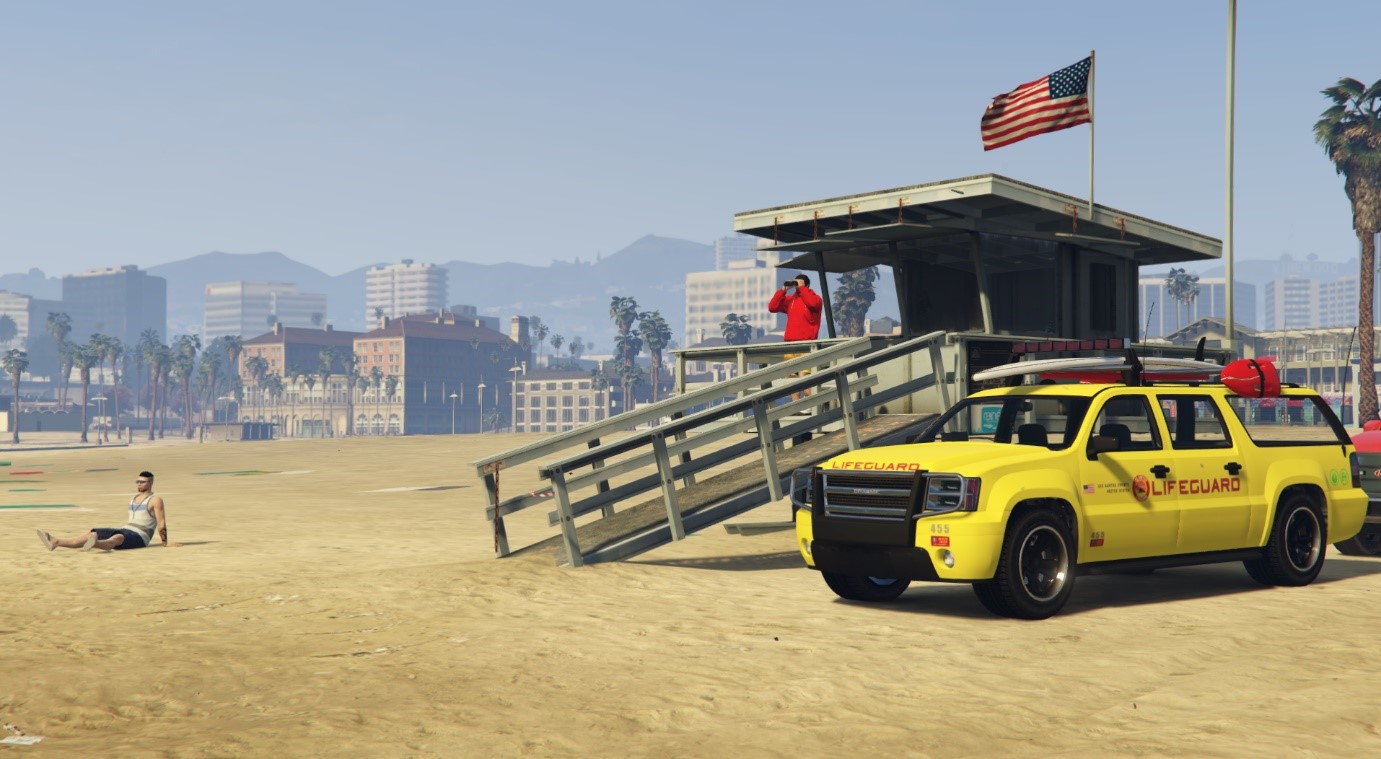 The establishment of the lifeguards division has been a huge success for the department, hosting two events that have both amassed lots of attendance, bringing a very consistent beach presence in Vespucci, people clearly feel safer having fun out on the beach and enjoying themselves and it shows.

With the division, Tower One was established and has been decked out with a huge supply of lifeguarding supplies and technology allowing for all kinds of various rescue and area monitoring, said supplies are used in tandem with their new vehicular fleet consisting of Grainger SUVs, Blazer quad-bikes and Seashark jet-skis.

Vespucci’s coastal stretch is quite long, and so Vespucci Beach has been split in to three zones, having each zone maintained by a Beach Captain with the head lifeguard overseeing the entire stretch and coordinating communication between the zones, at any given time the beach may be covered for some zones and not others, in which flags are flown to indicate said coverage. 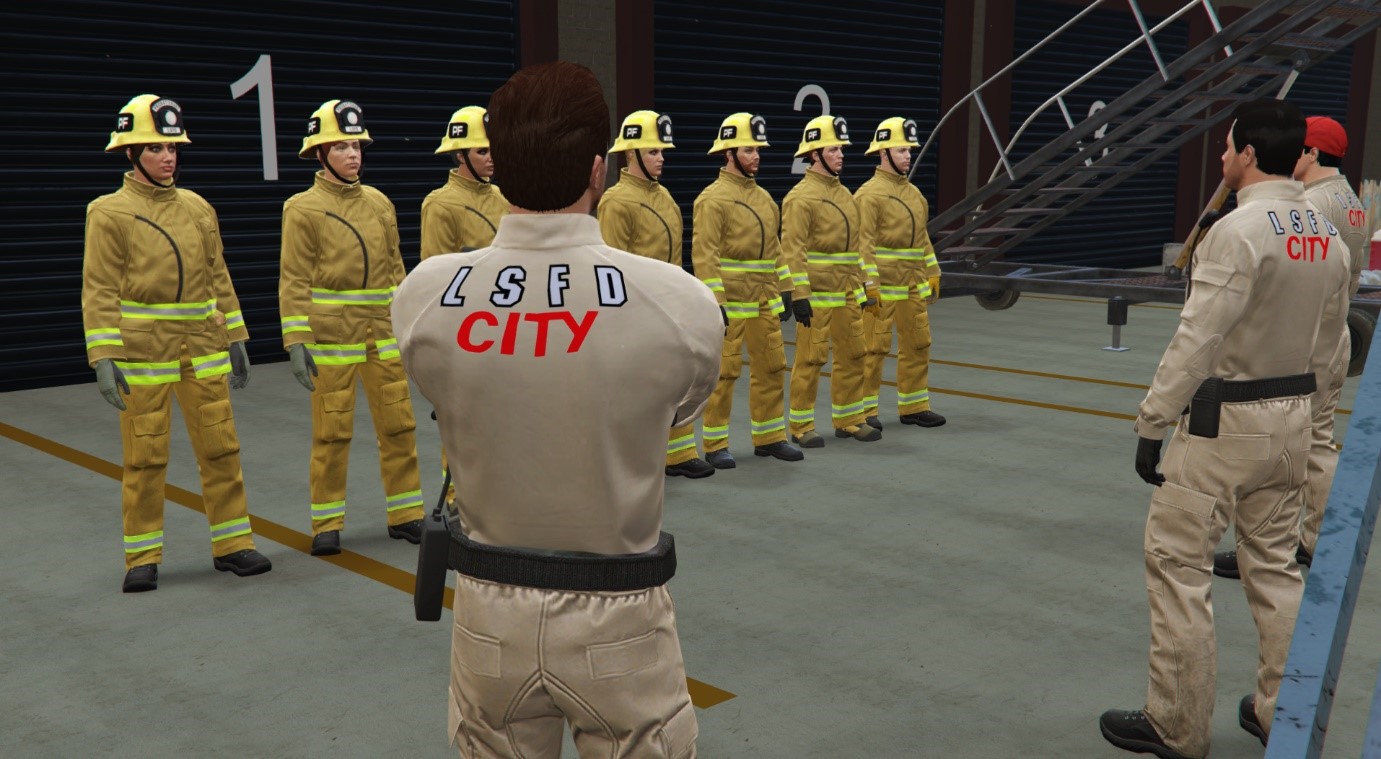 An old abandoned building at the Los Santos International Airport has been refurbished to serve as the department’s new main training facility, allowing for training firefighters and instructors to have the proper space and equipment to operate in a training capacity to the fullest extent.

With the training facilities opening, a probationary academy has been established, this academy’s main purpose will be to get probationary firefighters the certifications they need to pass their probationary periods. The academy has proven to be a huge success and with the rise in recent firefighter applications, its creation was welcomed more than ever.

Alongside serving as a training facility, the building has also been purposed as a headquarters for the Air Operations Division, it’s location at Los Santos International Airport is optimal for the division, allowing for fast medical response to those injured and such during flights; as well as for fast fire response to aircraft-related fires. Going forward the department’s air units are expected to only be flown in and out of the airport.


Featured Division At the end of each month we feature a division in our newsletter, explaining what the division does, what they've been doing and a statement from the division leader. 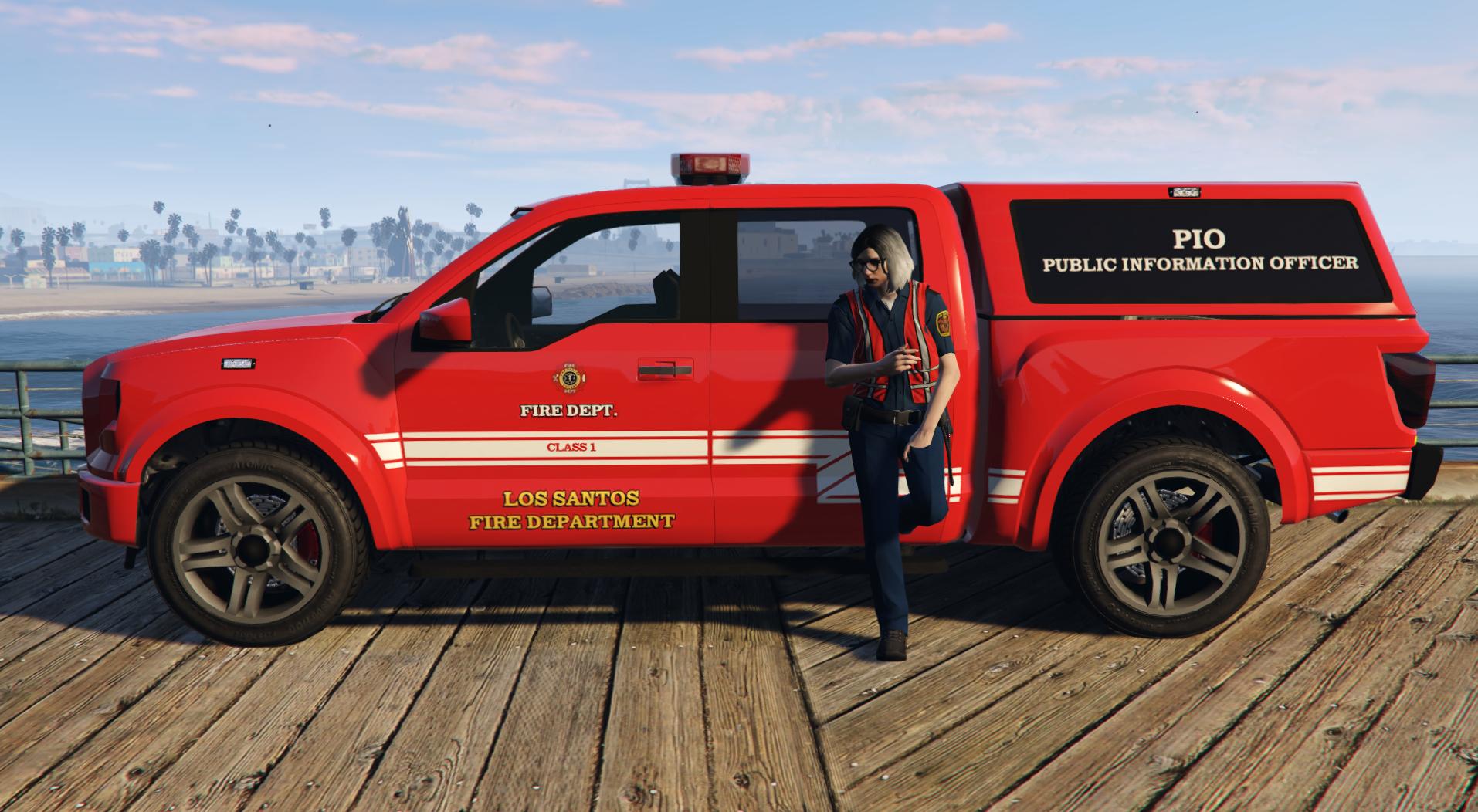 The Public Relations division of the Los Santos Fire Department is an often understated yet crucial part of the department, their main duties are to establish good relationships with local communities and partnering bodies. Other duties would include creating and maintaining a digital signature for our social media presence as well as providing information to news organisations and civilians regarding events the department have been a part of, emergency scenes that are of public interest and public spending of the taxpayer’s dollar. At the division’s discretion, the department may also hold it’s own events in efforts to raise community engagement.

Freddy Mellet wrote:With my exit from the department, I'd like to offer Ashleigh Huston who is now the new director of Public Relations the best wishes in performing her duties, do me proud! Through the month of April we hosted some great events including a volleyball hang-out, a beach barbecue, a boxing match with the police department, we also attended some great third-party events such as the Paleto Rally and the Out of Towners Fundraiser! Our social media presence has been more vocal than ever before, and I'm confident in Huston to continue said good efforts. Thank you to all for welcoming my ideas and more to the department, I'll miss you guys.


Battle of the Badges 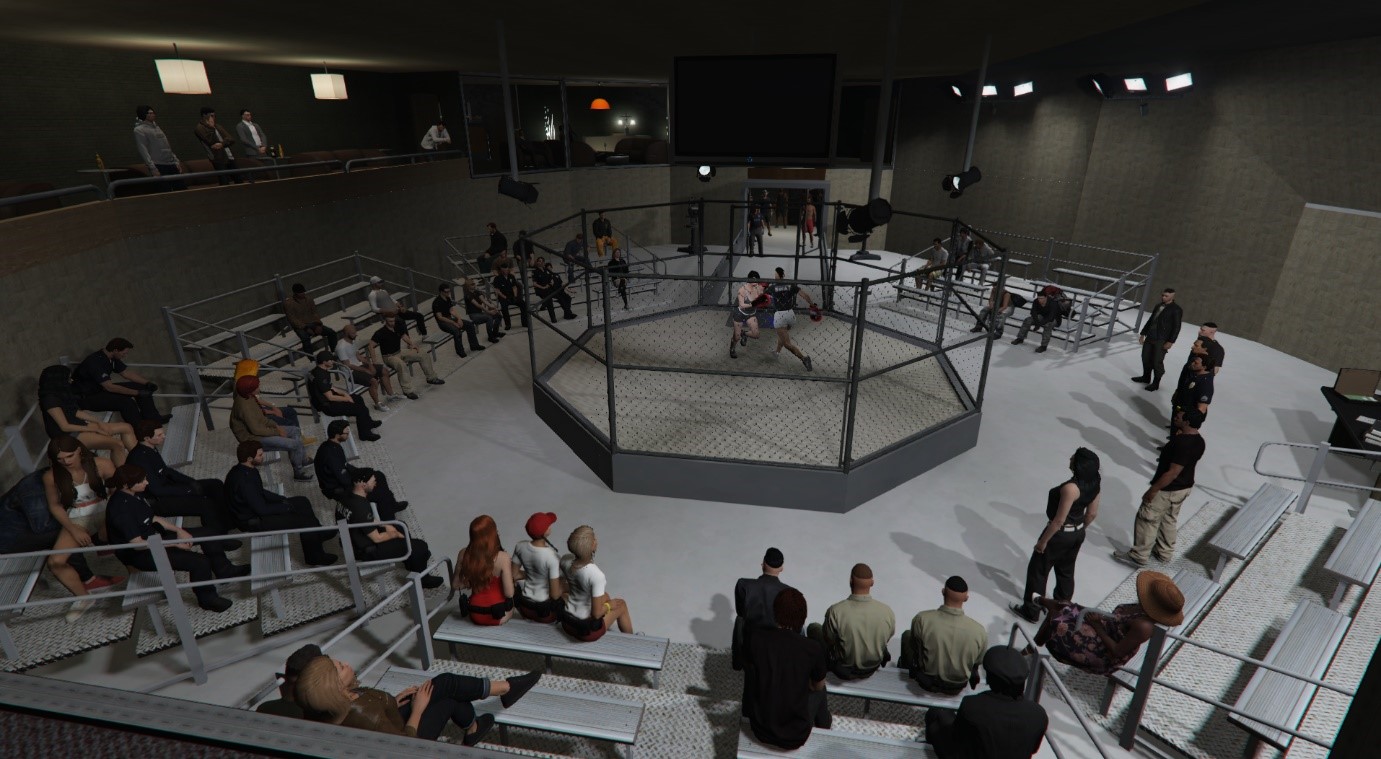 Prior to this event, Out of Towners held a fundraiser for the department to raise money for our vehicular fleet, hosting with a DJ to keep the party alive. The department’s attendees had some great interaction with civilians and had a good time, over $100,000 was raised in donations which with the win at Battle of the Badges, it ended up an incredible day of pride for our brave men and women.

The event was always held in good faith with a touch of the gloves before each round, and the two departments showed lots of respect for each-other, showing their support at the end of the event, congratulating us for the win. The police put on a good show with their best fighters and were by no means an easy defeat. 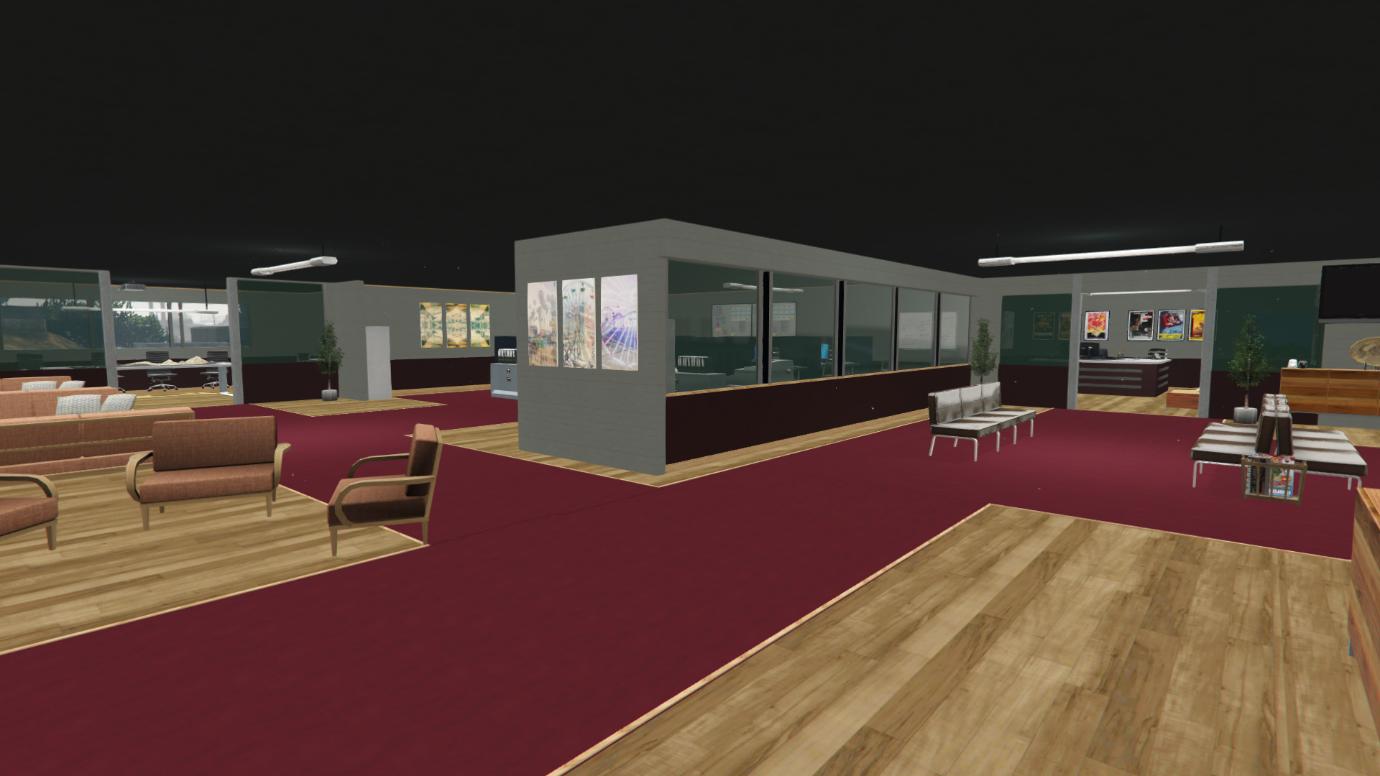 In efforts to improve the quality of life for our staff, some refurbishments have been made to Fire Station Seven, drastically improving the interior and work ethic of those who work in the office capacity. The new interior features three offices, a large cubicle desk area, a board room and a waiting or general discussion area.

Along with refurbishments to Fire Station Seven, our new Davis station ‘Fire Station Three’ is now established and in full operation, the intent behind this station was to allow for a new Urban Search and Rescue division a place to get going with their own vehicular fleet and more, those in the USAR division for the foreseeable future are to work out of Fire Station Three when needed for their divisional duties.


Recipe of the Month 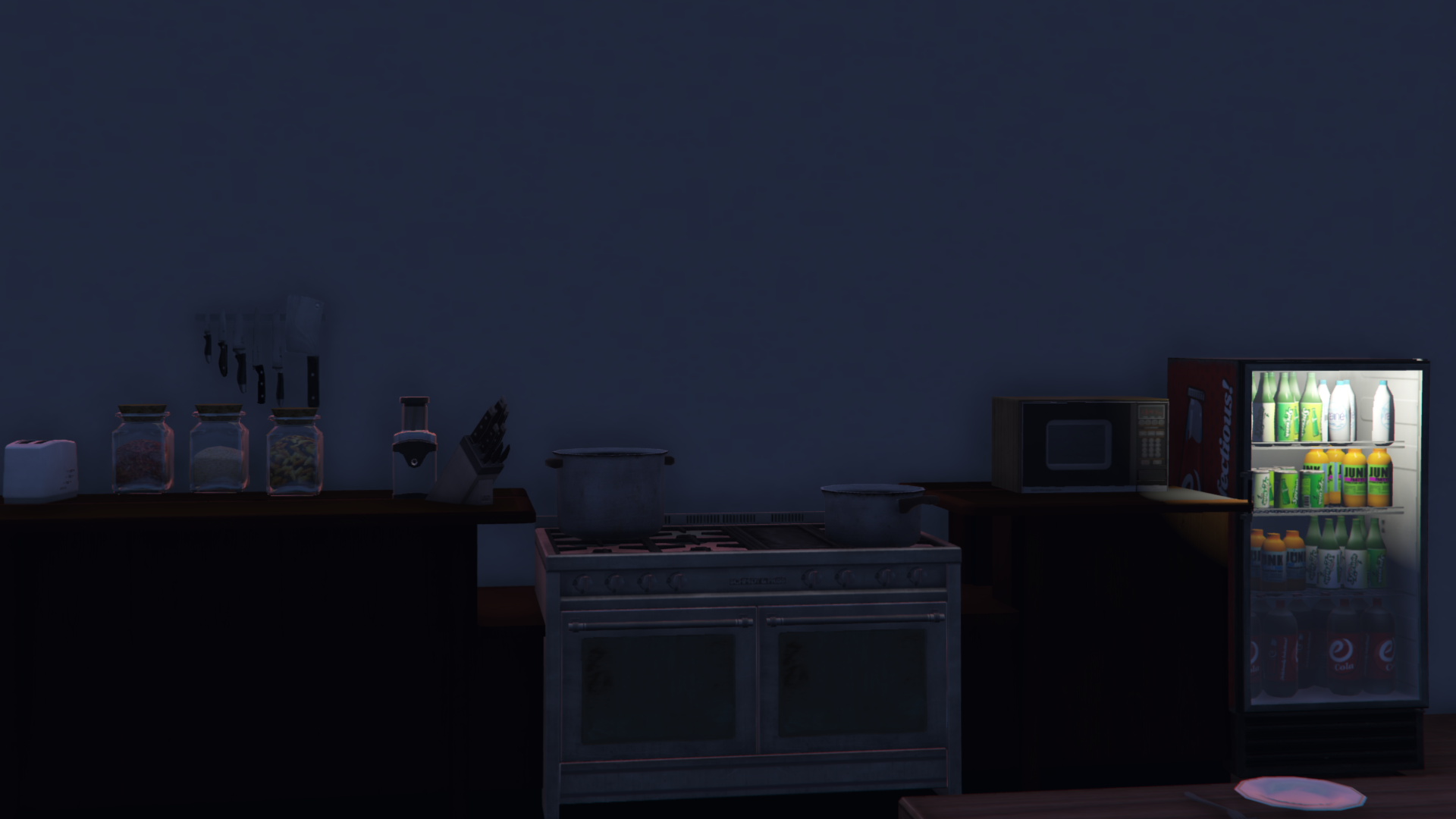 Cooking is an important part of a firefighter's life when at the station. Each month, we'll highlight a great recipe worth trying during a shift at the station!

We will be teaching you how to make a nice slice of French Toast, or 'Eggy Bread'

In contrast to Firefighter of the Month, this award is given in recognition of outstanding performance shown during Firefighter Probation. This month we award Rookie of the Month for April 2020 to Probationary Firefighter Axel Long. Congratulations!

This is awarded to those who have successfully been internally promoted to the Management Team of the Public Relations Division. Congratulations to Ashleigh Huston!

This is awarded to those who have successfully been internally promoted to the Command Team of the Internal Affairs Division. Congratulations to Talon Cross!

This is awarded to those who have successfully served the Los Santos Fire Department for six consecutive months. Congratulations to Talon Cross!

This is awarded to those who have successfully served the Los Santos Fire Department for three consecutive months. Congratulations to Olivia Taylor, Taylor Porter and Lazaro Vasquez!

Awarded to those who have successfully enlisted in the Air Support Division, have ALS and completed Winchman training. Congratulations to Leonidas Voss, Nicole Schneider, Lazaro Vasquez, and Danny Park!

This is awarded to those who have successfully enlisted in the Training and Recruitment division. Congratulations to Leopold Gauthier!

This is awarded to those who have successfully enlisted in the Public Relations division. Congratulations to Ashleigh Huston!

This is awarded to those who have successfully enlisted in the Urban Search & Rescue division. Congratulations to Leopold Gauthier!

This is awarded to those who have successfully passed the Intermediate Life Support training and examination. Congratulations to Daniel Hammond, Brandon Johnston and Rachel Campbell!

This is awarded to those who pass the Emergency Vehicle Operator Course. Congratulations to Kurt Holland!

To the end of every month members who are due a promotion are discussed by all Supervisory members of the Los Santos Fire Department. Members who have shown dedication, enthusiasm, maturity and have completed the requirements of their rank, are recommended for promotion before Chiefs of the department make the final decision. Below are the members who have successfully received promotions!

Congratulations and best of luck to all members in their new positions.
Staff Statistics 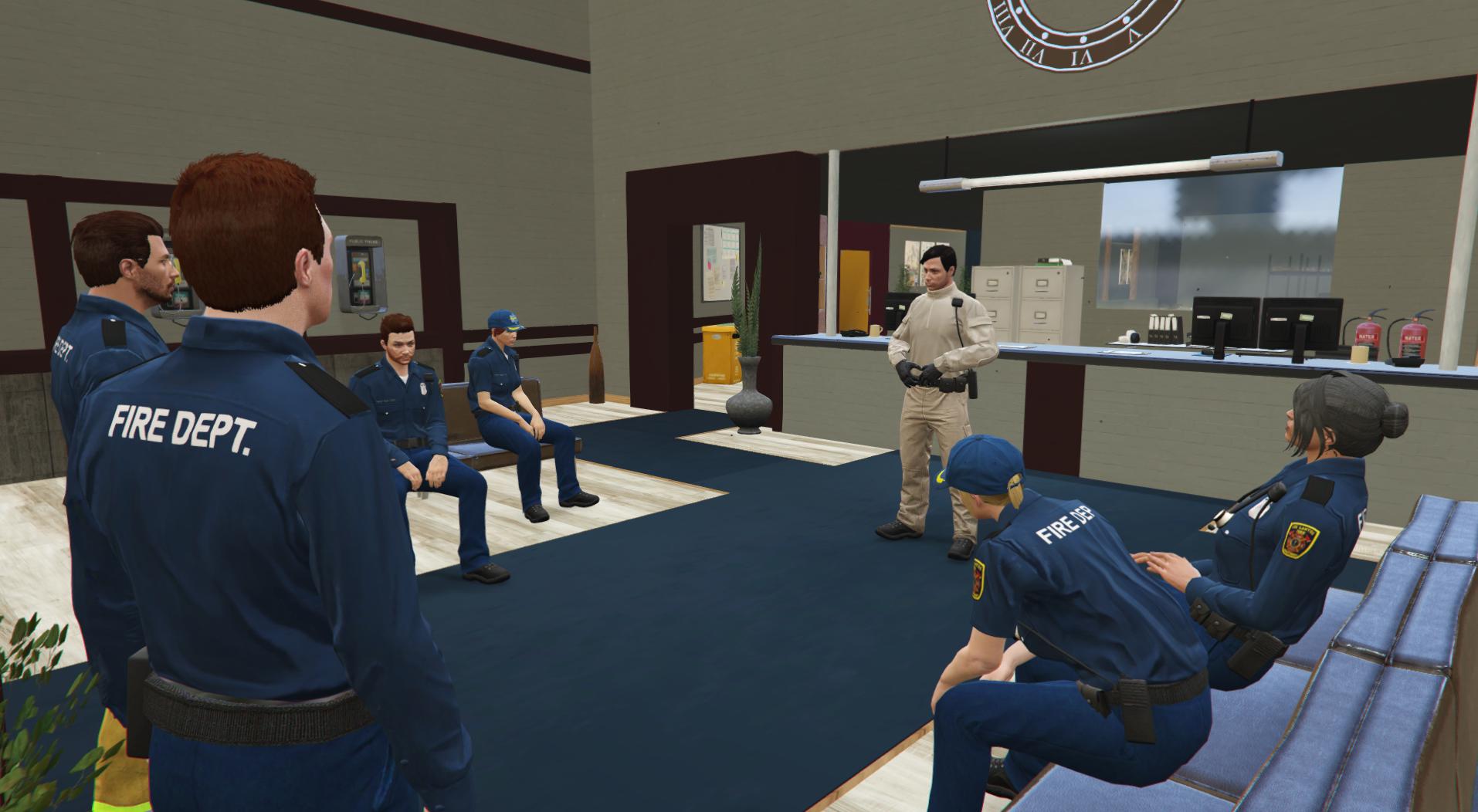 Below is listed our current number of members at each rank in the Los Santos Fire Department. 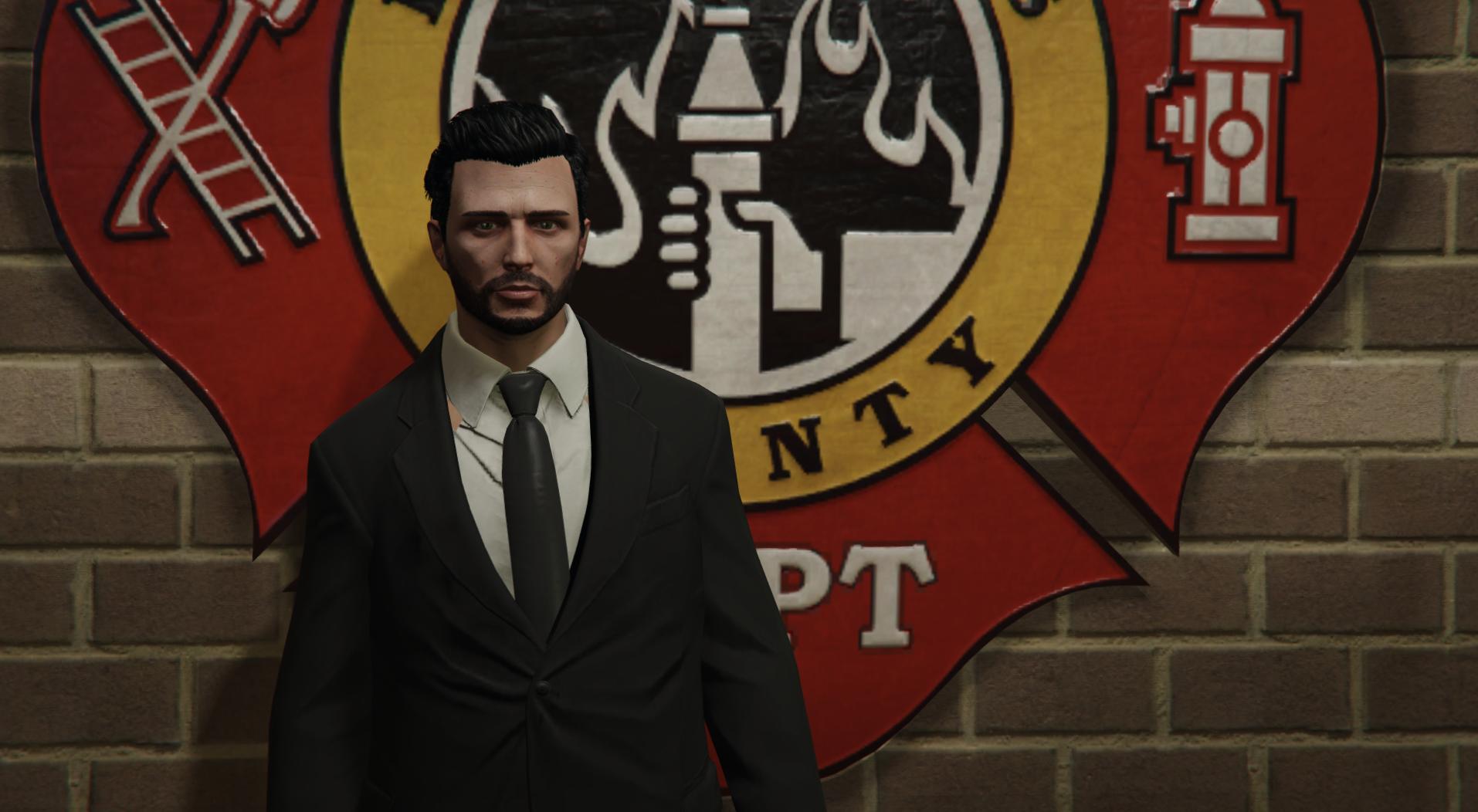 Fire Chief Issac Hunter wrote: Hello everyone! I'll keep it short and sweet this month. First of all, thank you guys for your hard work as usual! Training & Recruitment put in a bunch of work especially, as the newly opened academy has received good reviews so far! Numbers are increasing ever so, and with that I hope we'll have members readily available to help the citizens of Los Santos no matter the time. We've restructured our ranking system, which should be an overall positive thing. Some of you guys will be getting pay raises! I know you're all happy about that! All of our divisions are doing well and are providing the department and the community with the services we promised to offer, so thank you to those that are apart of a division! Citizens have been speaking very positively of the services they have been receiving lately, so one final thank you to each and every one of you guys who go out and work hard every day! Lastly, congratulations to those who were promoted this month. Keep going!