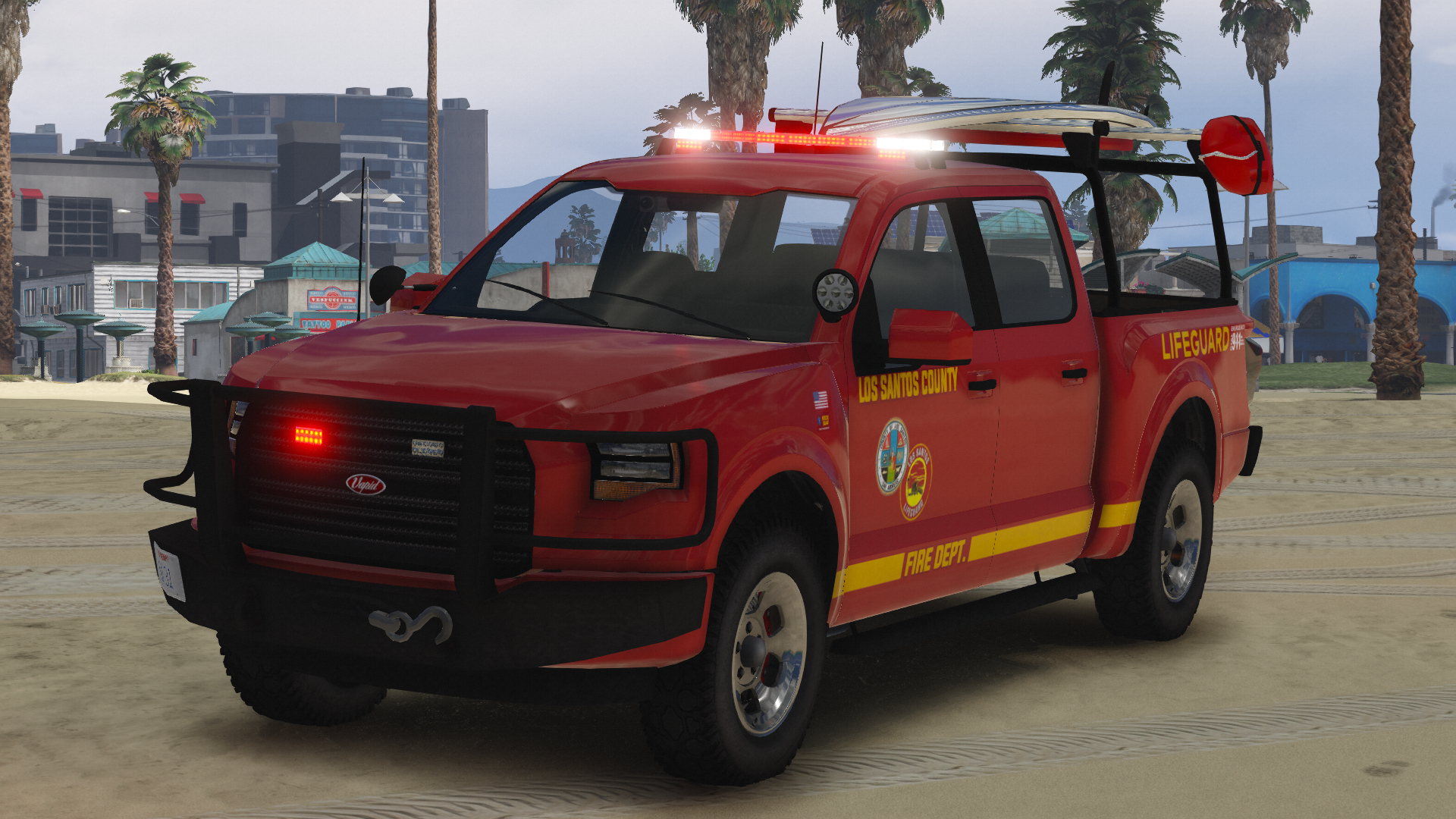 VESPUCCI BEACH - The Los Santos Fire Department is bringing you a simple guide focused on lifeguard flags that are actively used in Vespucci and other rules and regulations to follow when you're visiting the beach. All visitors are expected to follow simple rules. On duty Lifeguards can be contacted at any time in case you have questions or in case of an emergency.

INTRODUCTION
Los Santos County Lifeguards are part of the Los Santos Fire Department. Lifeguards are stationed at Vespucci Beach, currently working from two stations, called Tower One and Tower Two. Tower One is the main lifeguard tower and can be located just behind the bike store in Vespucci. Lifeguards' main task is to look over the beach, making sure all rules are regulations are followed and that all visitors are safe. In case of an emergency, Lifeguards can deploy many assets such as Jetskis, boats, or even a Lifeguard Rescue. All Lifeguards are trained in at least Basic Life Support but many of them are also Paramedics (trained in Advanced Life Support). In case of an emergency on the beach, please contact 911 immediately or approach an on duty Lifeguard.

The main tasks of a Lifeguard are:
LIFEGUARD FLAGS
Lifeguards use flags to inform the public of potential dangers or additional information on the beach. Flags are regularly posted around Vespucci and Del Perro beach, on small watch towers alongside the beach. Visitors are expected to know the basic colors and meanings of each flag to avoid problems or potential emergency situations.

(Credits: PA Member E. Knight)
Notes: Orange flag - If there are no on duty lifeguards, the emergency line (911) can still be contacted during emergency situations.

WAVE TYPES
Waves are naturally formed by the wind. The size of waves depends on how long and hard the wind blows. As waves move closer to the shore into shallower water, they will break.

Waves are formed of three main types:
- Spilling waves is the safest type to swim in, usually formed on a gently sloping beach. They occur when the top of the wave falls down in front of the body of the wave due to gravity. They are unlikely to cause injury.

- Plunging Waves is also known as dumping waves. Plunging waves occur when the wave crashes down with significant force. Usually forming on a steeply sloping beach, they can cause injury.

- Surging Waves usually occur in deep water. They don't crash down like other waves as they approach the beach, and can be devastating to both property and life. The strength of a surging wave means that it can carry people off their feet, and potentially pull them back into deeper water.

RIP CURRENTS
A rip current is a current of water moving out to sea or parallel with the beach. As waves break on the shore, the water being pushed towards the shore must return to the sea. This can create a strong current and this flow of water is known as a rip current.

Moving at speeds of up to eight feet per second, rip currents can move faster than an Olympic swimmer. Panicked swimmers often try to counter a rip current by swimming straight back to shore—putting themselves at risk of drowning because of fatigue.

Lifeguards rescue tens of thousands of people from rip currents in the U.S. every year, but it is estimated that 100 people are killed by rip currents annually. If caught in a rip current, don't fight it! Swim parallel to the shore and swim back to land at an angle.

Jump to
Powered by phpBB™ • Design by PlanetStyles